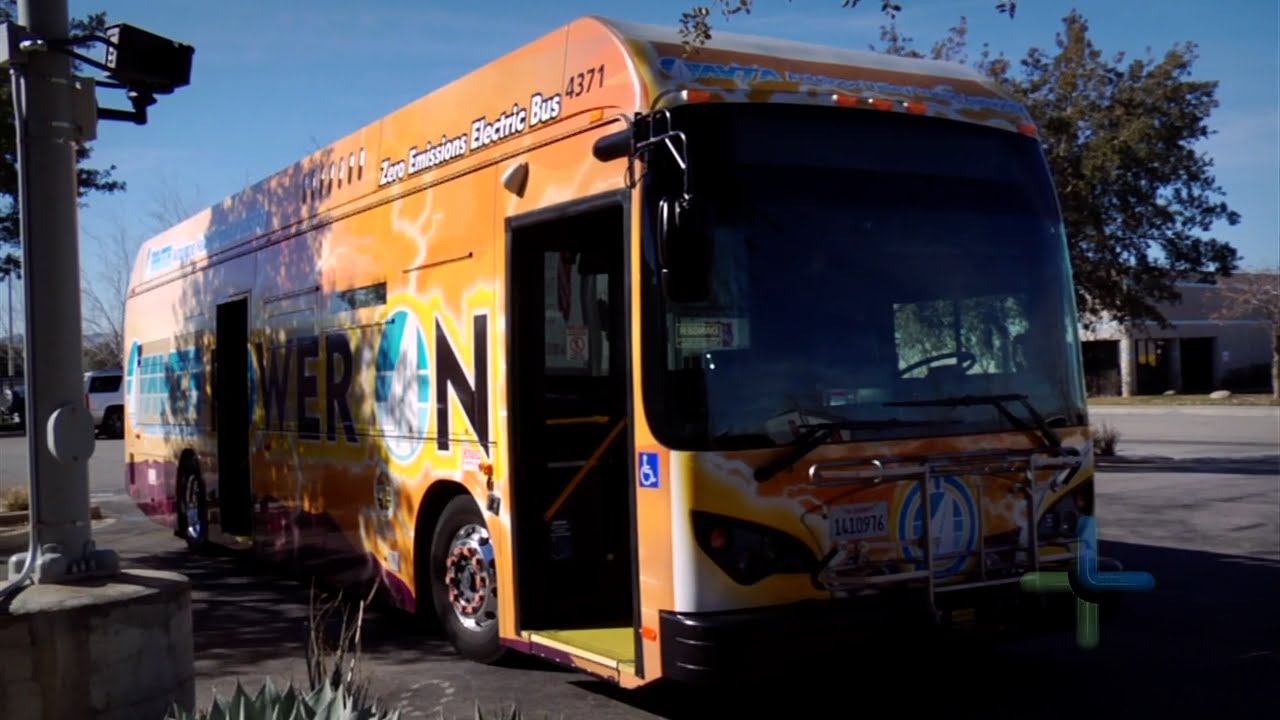 AVTA business office hours
Monday through Friday
8:00 am to 5:00 pm.

For personalized commute planning and Metrolink information, call the Customer Service Center at 800/371-LINK(5465). Recorded Metrolink schedules are available 24 hours a day and operators are available Monday through Friday from 6:00 am to 8:00 pm and Saturday 8:00 am to 5:00 pm.

The Antelope Valley Transit Authority’s (AVTA) goal of a full conversion to an all-electric bus fleet, with the plan to be “100% Green in 2018” is closer than ever. The first two of a potential 13 state-of-the-art wireless inductive charging stations are operational at Deputy Steve Owen Memorial Park (OMP) and Palmdale Transportation Center, the two major transfer centers in the AVTA service area. The en-route chargers allow AVTA’s electric buses to charge during layovers as passenger’s board and disembark. This “top-off” charge capability significantly extends the range of AVTA’s electric bus fleet, completely eliminating any range anxiety associated with electric buses.

“The wireless charging stations give us the range needed to service even our longest rural routes, which require about 350 miles each day,” said AVTA Board Chair Marvin Crist. “This innovative technology is the wave of the future for public transit as it embraces electric buses, and we are proud to be moving it forward.”

AVTA’s ongoing efforts to obtain the funding necessary for the program have proven successful, with the award of another $6.84 million received in June from the California State Transportation Agency (CalSTA). These additional funds will be used in part to launch a zero-emission vanpool program at AVTA, procuring ten vanpool vehicles that will be made available to residents of AVTA’s service

area who commute to jobs throughout the Antelope Valley and the LA Basin. “We are excited to demonstrate a service model that also utilizes the vanpool vehicles during non-commuting hours as a public car-share program,” said Executive Director Len Engel. “These vehicles may also eventually replace existing employer fleet vehicles. There are numerous possibilities for us to show how vanpool programs can be more productive.”

AVTA currently operates two electric buses and 73 diesel buses on 13 local routes, four commuter routes and one route that operates during commute times. The agency provides local, commuter, and dial-a-ride service to a population of more than 450,000 residents in the cities of Lancaster and Palmdale as well as the unincorporated portions of northern Los Angeles County. Its total service area covers 1,200 square miles and it is bounded by the Kern County line to the north, the San Bernardino County line to the east, the Angeles National Forest to the south, and Interstate 5 to the West.

The North County TRANSporter is a midday bus service connecting the Antelope Valley with Santa Clarita. It began operating in August 2012, and has been a huge success with more than 800 Valley residents using the service on a weekly basis.

The North County TRANSporter is being funded by Los Angeles County thanks to the efforts of Fifth District Supervisor Michael Antonovich who moved the project forward after residents expressed the need for more public transit into the Los Angeles basin. Prior to rollout of the TRANSporter service, transit options into Los Angeles were only available in the early morning and late afternoon hours.

Since service began, the North County TRANSporter has become a vital link for hundreds of resident providing freedom to travel throughout Los Angeles and beyond.

As Southern California’s premier regional rail system, we do everything in our power to provide high-quality, dependable, on-time service. This commitment to excellence is a promise our riders have the right to expect. Routes from the antelope Valley are available 7-days a week. Check the schedule for details.

CALIFORNIA HIGH SPEED RAIL
By 2029, the system will run from San Francisco to the Los Angeles basin in under three hours at speeds capable of over 200 miles per hour. The system will eventually extend to Sacramento and San Diego, totaling 800 miles with up to 24 stations. Included in the project is a statewide rail modernization plan for existing infrastructure.

“It is part of our vision as an intermodal transportation hub unlike any place in the world, with two high speed rail systems, an airport, the High Desert corridor, Antelope Valley Freeway, Metrolink, Amtrak, and AVTA all converging in Palmdale.” Palmdale Mayor Jim Ledford, Jr.

The High Desert Corridor (HDC) project is considering construction of a new multi-modal link between State Route (SR)-14 in Los Angeles County and SR-18 in San Bernardino County. Metro and Caltrans successfully completed the High Desert Multipurpose Corridor (HDMC) Environmental Impact Statement/Environmental Impact Report (EIS/EIR) in June 2016. Metro and the partner agencies are now seeking funding and implementation strategies that would support continuation of the project through design and construction.